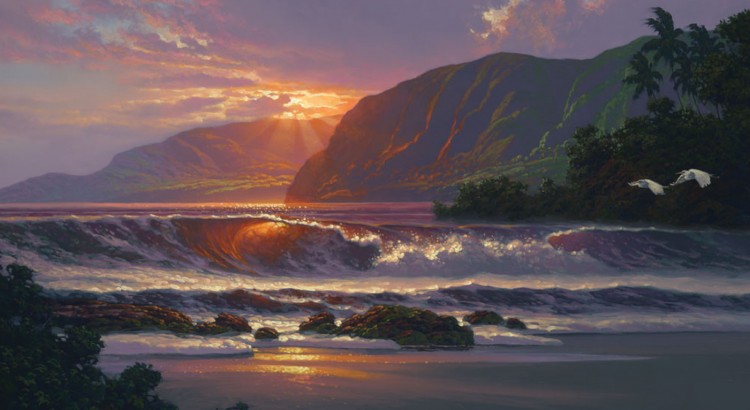 David Chung was a bell hop in 1949, earning 26 cents a day, when he wrote this classic mele.

Visitors to Hawaii are commonly amazed at the long Hawaiian place names and long strings of vowels in Hawaiian words. Names such as Kalanianaole Highway, a stretch of the Kamehameha Highway, and Aiea, a community west of Honolulu, leave visitors at a loss to pronounce them. The pronunciation of such words, however, is quite easy to figure out, since every vowel is pronounced. Just take your time, pronounce every vowel as you go, and you’ve got it. Well…. almost.

It’s not quite as simple as that. A number of the vowels are pronounced differently than in English. But what helps a little is the fact that each vowel is always pronounced the same way. There is no “o,” for example, pronounced one way in a word like “come,” another way in “comrade,” and another way in “moon” as is the case with the “o” in the English language. The prominent differences in pronunciation are roughly these:

A modern Hawaiian name for the symbol (a letter) which represents the glottal stop is ʻokina (ʻoki ‘cut’ + -na ‘). For examples of the ʻokina, consider the Hawaiian words Hawaiʻi and Oʻahu (often simply Hawaii and Oahu in English orthography). In Hawaiian, these words can be pronounced [ha’ vi i] and [o’ ah hu], and can be written with an ʻokina where the glottal stop is pronounced. (‘w’ is pronounced ‘ve’ in the word Hawai’i) So with this in your pocket …. happy singing!